This virtual special issue collects work on the political ecology of agrarian change. Over the last 15 years, Journal of Agrarian Change has published dozens of articles on the ecology and environmental history of agrarian political economy. Notable among these is the 2010 special issue ‘Productive Forces in Capitalist Agriculture: Political Economy and Political Ecology’ (Vol.10, Issue 3), which is available for free online. 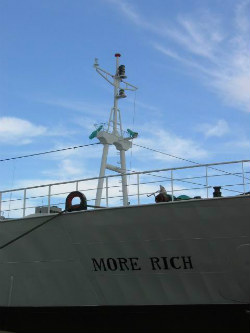 The following selection showcases other work that has appeared in the Journal, which among other things: historicises socio-ecological change and traces the appropriation of nature and environmental decline (Moore 2010; Campling 2012; Longo and Clark 2012; Marley 2016); unveils the often hidden role of workers in ‘sustainable’ agriculture and gender in extractive industries (Hecht 2007; Nawn 2016); examines the commons, enclosures and other access relations to land (Axelby 2007; Beltrán Tapia 2015); differentiates social relations of power in the conversation of flora, fauna and landscapes, including exclusionary practices in often idealized ‘traditional’ resource management (McDermott Hughes 2002; Suzuki 2002; Neiland, Madakan and Béné 2005); and documents resistance by rural social and environmental movements to the appropriation of nature by big capital – the ‘greening’ of the agrarian question (Peluso, Afiff and Rachman 2008; Cáceres 2015; Gerber and Veuthey 2010). Major themes in the politics of ecology explored in the Journal but not included in the selection here include GMO, intellectual property over seeds, and the political economy and institutional dynamics of organic production and its certification.

‘Amsterdam is Standing on Norway’ Part II: The Global North Atlantic in the Ecological Revolution of the Long Seventeenth Century
Jason W. Moore (2010)

The Commodifications of Bluefin Tuna: The Historical Transformation of the Mediterranean Fishery
Stefano B. Longo and Brett Clark (2012)

The Tuna ‘Commodity Frontier’: Business Strategies and Environment in the Industrial Tuna Fisheries of the Western Indian Ocean
Liam Campling (2012)

Sustaining the Farming Household to Sustain the Farming
Nandan Nawn (2016)

‘It Takes Two Hands to Clap’: How Gaddi Shepherds in the Indian Himalayas Negotiate Access to Grazing
Richard Axelby (2007)

Plantations, Resistance and the Greening of the Agrarian Question in Coastal Ecuador
Julien-François Gerber and Sandra Veuthey (2010)

Accumulation by Dispossession and Socio-Environmental Conflicts Caused by the Expansion of Agribusiness in Argentina
Daniel M. Cáceres (2015)